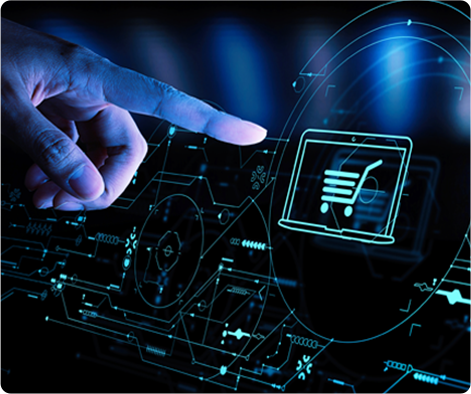 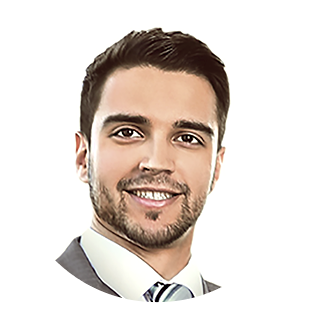 Retail is built on reputation and reputation is built on having a stable and successful sales force. Improving your ability to quickly screen, and hire high fit candidates that stick-stay-and-perform will allow your recruitment team to fight the temptation to fill the chair with whoever applies. Increasing speed of training, performance ramp, and tenure creates a pipeline of high-performing supervisors and coaches that have the power to make or break the profitability of your sales operations. Stabilizing the retail sales workforce is fundamental to improving customer satisfaction, tenure, & revenue generated. Make informed sales rep decisions pre-hire, and optimize sales rep performance post-hire. Build a stable, high-performing retail sales culture through improved hiring practices.

Our predictions make the human decision on whom to hire easier, faster, fairer, and more accurate.

Let’s discover what drives performance at your retail location.

Improve Customer Satisfaction
Business reputations are built (and lost) on customer satisfaction. Build the best reputation for satisfying customer needs that you can. 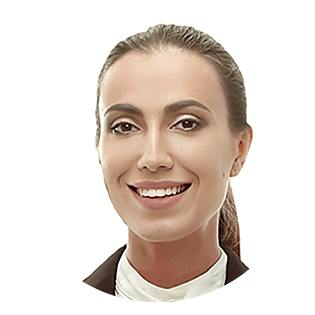 Avoid Liability Hires
Get accurate insights into the likelihood a candidate will stick-and-stay with your sales organization. Data proves that the ROI of a hire improves with tenure. 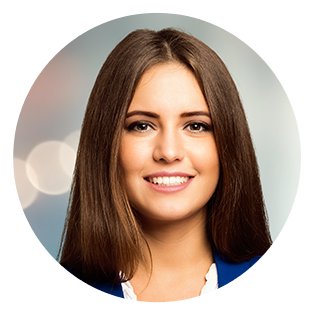 Optimize Sales Productivity
By understanding what attributes contribute to performance and which create underperformance you can optimize the return of revenue per headcount.

We’ll give you a 20 minute no-obligation tour.
Discover what drives performance at your business.

A Case for Change

One electronics retailer engaged PerceptionPredict to improve the performance of their retail sales executives. At the time of the engagement, more than half the team was not achieving quota.  Out of the active reps in the randomized control group, only 7% were turning in “Game Changer” results. This cohort of  7% reps was producing more than 6 times greater than the balance of the team people in the lower tier of performance!  The Executive team was interested in uncovering the reasons for such dramatic differences in results. Clearly getting the hiring decisions right would yield massive ROI advantages in an industry with heavy human-capital costs. 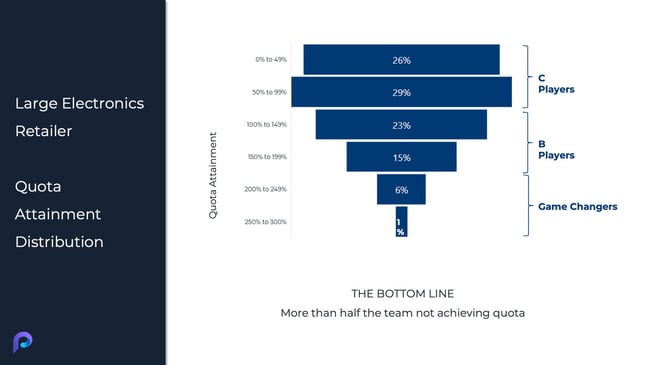 The Retailer had a well-developed program for recruiting and onboarding new retail associates.  Their process is driven by the expertise and experience of store managers with intuition about what would make a “high-performer”.  The Leadership Team had previously concluded that two areas, in particular, would make it more likely that someone would succeed in the role:

On the face, both of these intuitively seem like correct assumptions, however the Retailer’s focus on finding individuals with these traits had failed to produce consistent results. Furthermore, because many struggled to find success in the role; turnover was increased.  This exacerbated the issue of scaling results as the data proved that on average it took a new hire six months to ramp, and the longer the tenure the greater the return on performance. Perception’s I/O Psychologists and data scientists worked to develop a Performance Fingerprint that would isolate the attributes contributing to success as well as what attributes might hinder top performance and leave an employee struggling to break through the mid-performer ceiling.

What did the data reveal regarding the two measures that had previously served as guidance for hiring?

"High Customer Orientation" had no correlation. This doesn't mean you don't hire people with good customer orientation, you just don't rely on that measure to predict success! And, "Passion for Technology"  actually had a negative correlation.  Meaning the more someone loved technology the poorer they did in the selling role!   Maybe, it would be good to ask yourself what things are your hiring managers looking for, convinced it leads to success that actually might be hurting your chances for success?

So what would make the difference? PerceptionPredict built a Sales Attainment Fingerprint that detects seven areas highly correlated to success in this particular company & role (Remember you can't just assume what works for one company will work for another.) This fingerprint can be completed by a candidate in 10 minutes and the retailer receives an immediate sales attainment figure that they can expect from the new hire. 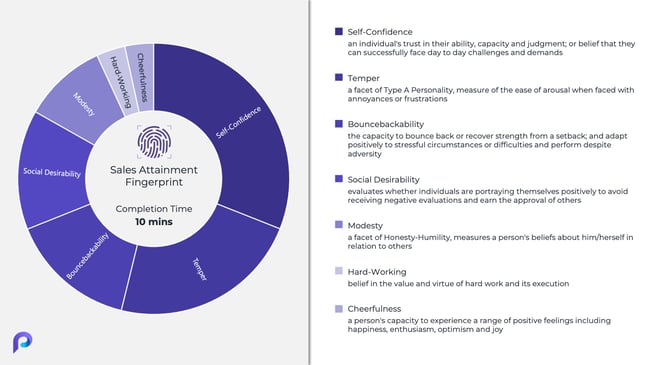 This electronics retailer no longer has to rely on gut and intuition to drive results.  They can hire at scale, confident that they have derisked much of the hiring decision.

Curious about what drives human performance at your retail locations? Let's connect.

I love this system!!

It’s scary how good it is!

"We feel that this is the most accurate test we’ve ever seen… ever! It’s that good! The quality of this program… people don’t know what you have yet. It’s so good!" 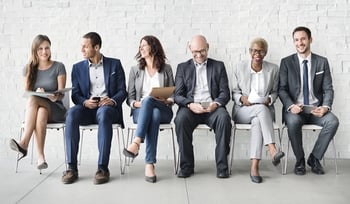 How to Find Top Salespeople
Salespeople are the face and driving force of your company.  Hiring the wrong ones can have devastating effects.  If you want your business to go beyond merely surviving and actually overtake the ... 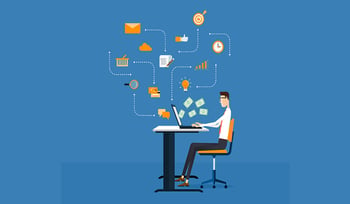 15 Highly-Driven Sales Productivity Metrics to Track Team Performance
We’ve all managed that guy. We're familiar with the one whose bursts of motivation lead to admittedly impressive performance but generally burn out in no time. His inconsistent performance is ... 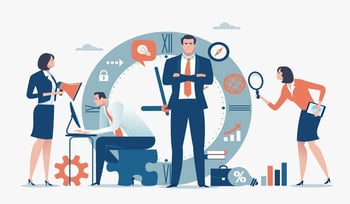